I’ve been meaning to discuss this topic for sometime now and figured that since I’ve been behind at writing articles for my visitors, I might as well take the time to talk about the 800 pound Gorilla in the room – mechanics!  If you’re an automotive mechanic let me first say that I really appreciate what you guys do and I wouldn’t want to turn a wrench everyday, but I also spend around $60,000 a year fixing vehicles, so I have a slightly different perspective than most people.  Over the past 8 years, I’ve spent close to $500,000 fixing cars and trucks, with a variety of mechanics, so I think I’m qualified to write about this particular topic.

Let me share with you a few stories though, so that you can get an idea of some of the things that I’ve had to deal with over the years as The Cool Car Guy and hopefully it’s entertaining as well as educational. 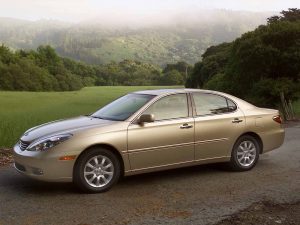 I met an elderly woman a few years ago who had asked me to sell her vehicle for her.  She had her “favorite mechanic who always took care of her” that she used in Cherry Creek to service her Lexus ES 330 and she told me that her car needed nothing.  I still went ahead and had a safety inspection done on the vehicle, the oil changed and delivered it to another client of mine in good faith, since it only had 110,000 miles on the vehicle at the time.

It was only about two weeks later that I got a phone call from the Dad of the young guy who purchased the vehicle and he was irate that I had sold his son a lemon with the transmission having problems.  Needless to say, I was caught off guard, since I paid a mechanic to look at it and her “favorite mechanic” had done all the maintenance on the vehicle.

Well, I got the vehicle back and took it to a third mechanic, who I was using at the time as well, who specialized in transmissions and he was a very good mechanic.  He called me up and said, “John, did this lady ever change the oil or transmission fluid on this thing?  I don’t think she ever had the thing serviced!”  Now, keep in mind that she had showed me receipts from her service work, so the big question for me was if her “favorite mechanic” ever did anything to the vehicle or took the money and went on vacation.  It was my word against his, so I just paid to get the transmission fixed and the Dad agreed to pay for part of it too, so that his son would get a rebuilt transmission at a huge discount and it all worked out.  Once the engine had been cleaned out and the transmission had been properly rebuilt and put back together the vehicle ran great and the Dad actually called me about a year and half later to tell me how great that vehicle had been for his son.  The bottom line is that you always need to trust, but verify and make sure the work you’re paying for is actually being done.

THE BRAKE CLAMP
I had a service center that I was working with a few years ago and sending quite a bit of business do the brakes on my personal 2007 Subaru WRX.  I had the tires done at the same time at a different company because the cost savings on the tires covered the brakes at the other place.   I often will get repair work done from multiple sources that I trust because you can sometimes cover the cost of getting some other work done by using multiple sources.  However, if it’s not done correctly it can be a nightmare too and be careful who is working on your vehicle.  Seriously, this one almost cost me my life and the life of another driver.  Here’s what happened.

I had my new set of tires put on and went to the second place the same day to get the brakes done.  What I didn’t know was that they had a new guy putting on the brakes and they didn’t have someone supervising what he was doing.  He wasn’t a Master Technician and was just starting as a technician.  It was a busy Saturday, which I’ve since learned to get my cars repaired during the week, on a Tuesday or Wednesday, if possible when they are not super busy.

Anyway, I’m driving down Highway 85 toward Castle Rock at about 60 mph and I get near the stoplight that is near Sedalia and I put on the brakes.  Suddenly my car pulls hard to the left into the oncoming traffic!  I immediately let up on the brake, cranked right on the steering wheel and downshifted (I was so glad I had a manual transmission) and then slowly applied the brakes as my heart was coming out of my throat.  The person in the other car coming toward me gave me the sign of the Evangelist because they saw their life flash before them.  I was thankful that I didn’t hit them.  I pulled into Sedalia and tried to figure out what was going on with my car.

I turned around and drove back to the shop that had put on the tires and told them what had happened and asked them to check out my brakes because I knew the guy there was experienced.  I didn’t want to have the other shop find something and try to cover it up.  The lead mechanic took me into the shop and showed me a clamp that had been left on my brake line by the rookie technician at the other store that he had used when he was bleeding the brakes.  I’m not sure why he even had used it.  He said, “I don’t know how he could put a tire back on and not see this clamp staring right at him.”  Crazy!  He asked if I wanted him to take pictures, etc., but it was an honest mistake that could have been deadly for me and someone else.  It wasn’t as if it was intentional or malicious and accidents happen, but thank God one didn’t happen for me.  I went back and explained to the Manager what had happened, the guy who worked on my car felt terrible and I’m sure he’ll never do that again.  When it comes to getting brakes done though, I make sure that the people who are doing it are experienced technicians after that experience.

THE ALL IMPORTANT OIL CHANGE 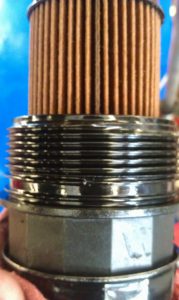 We’ve all heard nightmares of the people who have gone in to get an oil change only to have the technician leave the drain plug out and blow a motor.  If you haven’t heard that story, just ask around or I’m sure you can find one on the Internet.  I have one that didn’t end that bad, but it was still a mishap by a mechanic that wasn’t paying attention.

Recently, I had my 2010 Mercedes C300 4Matic in for an oil change at a local shop that I’ve used for many years.  A few days later, my wife Becky called to tell me that there were oil spots on the garage floor, which was not normal.  I parked the car and noticed that the spots were sporadic in nature, unlike a drain plug, but I took it in to get it checked out at another shop.  As you’re probably catching on, unlike what most people do when they have a problem and take it back to the same shop that did the work, I take it somewhere else and pay for a quick diagnosis of the problem.  I’ve been doing this too long and I know that mechanics, just like anyone else are going to want to cover their butts, so I prefer to get an opinion from a third-party.  It turned out that they forgot to put a gasket on the oil filter, so the filter was spraying oil.  It didn’t do enough damage to cause problems, although it had gotten all over the engine that needed a good cleaning and the Serpentine Belt  had started to fray and was needing replacement as well, so just $167 later and my car was back on the road.

These are just a few of many stories that I have accumulated over the years, that illustrate the many situations that you can find yourself in depending on who is working on your vehicle.  It’s a good idea to get a second set of eyes on your vehicle whenever you get work done.  This is why I always pay for a Frame and Mechanical inspection when I purchase vehicles for clients at a Dealer Auction and then I get a second safety inspection and oil change done after the first inspection.  It costs a little more, but in the end it can save time and headaches.