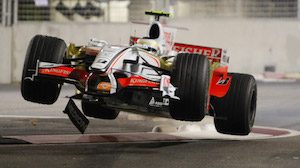 “Formula 1 cars are some of the fastest and radically accelerating vehicles on Earth and are considered by many car enthusiasts to be the pinnacle of motorsports. Today’s F1 0-60 times are exponentially faster than predecessors of even a couple decades ago. Formula One race cars have been recorded to reach 0-60 as fast as 1.6 seconds, however the typical range for modern day F1 cars is between 2.1 to 2.7 seconds. The 2007 Honda RA107 f1 race car goes 0-100 mph in a blistering 4 seconds flat.  The 2015 Infiniti Red Bull RB11 Formula One race car jets 0 to 60 in only 1.7 seconds, and perhaps even more impressive can reach 190 mph in under 10 seconds.  Although top fuel dragsters hold the top spot for fastest accelerating race car class, the F1 race car boasts a range of superior performance stats. F1 0-60 times are extreme, however so are their ability to perform incredibly tight high speed maneuvers, decelerate and reach impressively high top speeds. Under hard braking or cornering a typically F1 car will pull 4g’s, which is over 4 times as much as a 2014 Corvette Stingray Z51 would do which produces a max of 1.03g in hard cornering. The power to weight ratio of F1 race cars would actually allow for better performance, however current traction technology limits the capability to improve these current stats. Most F1 cars weigh around 1,300 pounds with the driver and boast over 750 horsepower. In other words, the power-to-weight ratio of formula one race cars is credited for the spectacular acceleration.” – Zeroto60times.com 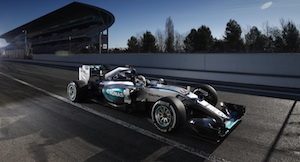 These cars are super cool, but the race series is not winning over new fans and that’s a problem for the future of the Formula One racing.  John Malone’s Liberty Media has agreed to buy the racing series in a deal that values it at $4.4 billion, plus debt that will take it up to $8 billion.  That’s big bucks for a racing venue, but this is Formula One racing, which is the Super Bowl of race car driving and a global audience.

Since the announcement was made back in September other news reports have said that they intend to put spending caps on race teams.  This is a great idea because Formula One has been dominated by Red Bull and Mercedes Benz.   This is because they can spend $400 million or more on putting together a racing team and other teams have been spent into ruin trying to compete, which has created an unfair advantage for smaller teams.  It’s not a big win for the fans when two teams can dominate the racing circuit with better technology and loads of cash, so it will be interesting to see how it all shakes out with the new owner.

I don’t expect that Formula One will be huge here in the United States, but we might get some Grand Prix races in some larger cities like New York and Los Angeles out of it.  I’m hopeful that in the coming year we’ll see some changes with the new ownership and that more of the races will be available to watch and follow because it’s a really cool sport.  I’m including a cool video that is under ten minutes that I found on Youtube to check out below. 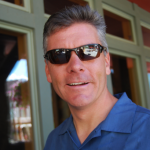 John is an auto consultant who owns CoolCarGuy.com that is a licensed car dealership in Lone Tree, CO.  He can help you save time and money on any make or model, new or used, lease or purchase – nationwide! Call or email John about your next vehicle! jboyd@coolcarguy.com or Twitter @coolcarguy