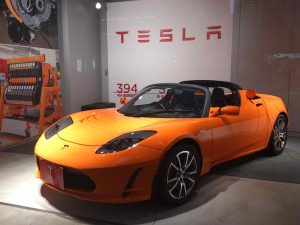 I have been following the Tesla car company since before it first became available for sale. I’ve never seen a vehicle with so much positive press from the media that has a love affair with this vehicle.   One reason why is because so many investors have paid the Piper with their stock trading from $177 to $292 with a $25.6B market cap over the last 52 weeks from a car company that is a pimple on the butt of the entire auto industry.

If that sounds harsh, let’s just be real for minute and look at how many vehicles Tesla sold last year out of the 17.15 million vehicles sold in the United States that we can verify at Trading Economics.com. After all, company sales is what is supposed to drive the success of a company right?  There is a reason why you cannot purchase a new Saab, Pontiac, Hummer or Suzuki anymore in the United States and that’s because of lack of sales, but that doesn’t seem to matter when it comes to Tesla.  This company has never shown a net profit according to their financial statement that you can view here at MarketWatch.com, drop down to the Net Income line where last year they lost $294M on $3.2B in sales.  Their balance sheet looks great because they are sitting on a boatload of cash, but how many vehicles did they actually sell last year out of the 17.15 million that were sold?

Trying to figure this out is much harder than it should be for a public company with so much positive press!  You have to dig a little deeper than you would think because the media’s darling doesn’t want people to really do what I’m doing now and ask this obvious question.  Instead they write articles about how Tesla doesn’t think they can do 500,000 sales by the end of the decade!  They think they can maybe do half that number or about 240,000 vehicles by the year 2020, so you can read articles like this that have such a positive spin.  In 2004, there were 28,898 Hummer H2’s sold in the United States, which was quite a few for such a specialty SUV and by 2008 when they pulled the plug they sold 12,431 deeming that it wasn’t worth continuing.  Last year, Tesla missed their mark of selling 35,000 vehicles and they sold 31,600 units according to SeekingAlpha.com.

Now I will go back to my statement again that they are a pimple on the butt of the entire auto industry because any kid in Elementary School can divide 31,600 into 17,150,000 and arrive at a percentage of the market that Tesla has command over.  When you do this you arrived at a figure of .00184257 or 0.18% of the automobile industry and yet there is more press about this revolutionary Wall Street company than any other car company. Forget that other car companies have electric cars or hybrid cars or all kinds of cool new technology, the focus is always on Tesla.

Recently, a client and friend of mine sent me an article to get my opinion on since he is thinking of getting a Tesla.  You can read it here at Investopedia.com and I had to chuckle when I read it.  The author makes a case about what a great value it is to drive a Tesla because you don’t have to stop at a gas station or worry about maintenance on your vehicle since Tesla is willing to buy back your Tesla after three years at 46% of the purchase price.  Oh my gosh, how nice of them since it is a lease!  Are you kidding me?  It is called a residual value and every car manufacturer and leasing company gives you a residual at the end of the lease.  In fact, I’m leasing a Toyota Tacoma TRD today to a client for $296.15 a month including sales tax with only $800 down at 15,000 miles a year and the buyout at the end of the lease is almost 75% of the MSRP after 39 months!

You can lease an AWD BMW 328i right now and get free maintenance for three years and the residual at the end of the lease on a 3 Series BMW is 50% from BMW and possibly better through some of the other leasing sources.  Last time I checked 50% is better than 46%?  However, billionaire Elon Musk, the guy who started PayPal is really good at math like most of the tech savvy people in Silicon Valley, and all I can figure is that they are assuming that most doctors, lawyers and CEO’s who would buy their vehicle, are not very good at math, so they come up with stupid articles like the one that I just read appealing to emotion.  The math doesn’t add up if you put a pencil to it compared to other vehicles in the same class.  This is not a vehicle you purchase to save money.  It’s not designed for that, but to have a “cool” factor.

The writer actually has a section in the article called “THE MATH” to break down how much money you would spend over five years if you sell it back to Tesla at a 46% residual value.  I kid you not, she used a five year plan and it’s a three year lease for the 46% buy back?  How many people reading that article will actually catch that flaw in the numbers?  Most will not and that’s why I got a chuckle out of the article because it’s not any different that people who call me to lease a high-end luxury vehicle for a really low price from an ad on television and they miss the fine print that the lease is only for 10,000 miles a year with $3,000 or $5,000 down.  The crazy thing to me is the same people who would never dream of leasing a vehicle because they think it is a rip-off are on a waiting list to lease a Tesla because of the marketing behind it.

I actually like the Tesla Model S and I really like the Tesla Roadster even better, but I just get tired of seeing the non-stop B.S. surrounding this car company by people who know very little about cars.  It’s a specialty vehicle for a niche’ market and it’s a very cool car.  I have clients who own them and I’ve driven them and there is a definite “Wow” factor like driving a Nissan GTR, but there are things to consider with this vehicle that seems to rarely get any bad press.  I think the Nissan GT-R is a super cool vehicle, but most people do not know that there was a class-action lawsuit against Nissan that was settled for transmission issues with that vehicle.  You can read about it at Autoblog, so my point is to not get lost in the ether with the media and know what you’re buying before you pull the trigger on a Tesla or any other vehicle for that matter. 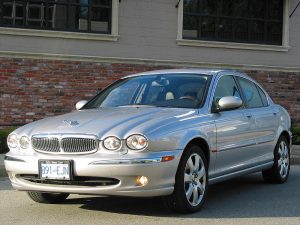 Losing 54% of a vehicle’s value in three years is not a great deal compared to other vehicles on the market is my main point in writing this article since you can do that with most luxury cars that cost much less to drive and are easier to unload at the end of the lease term.  Before Ford sold Jaguar and Land Rover to India based Tata Motors in 2008 for $2 billion, they had put a lease program together back around 2004 where you could lease a Jaguar X-Type for around $300 a month with a ridiculous residual value.  Anyone who could afford to lease a Jaguar X-Type and didn’t jump on it because of concerns of reliability was crazy because Ford was basically subsidizing people to drive their vehicle.  I don’t see Tesla doing that sort of thing yet with a 46% residual and a high payment.  They may be forced to at some point to grab more marketshare and get more people driving their vehicles, so my advice is to wait and see what happens.