As a professional automotive consultant I cannot tell you how many times I have had people tell me that they have been told that they should never lease a vehicle.  It’s true that sometimes leasing a vehicle is a really bad idea.  In fact, I’ll be the first to tell you that I’ve seen some really crazy leases that people put themselves into that come back to bite them a few years after the new car smell has long worn off.  Over the years, I have acquired some great stories and a few good friends of mine keep trying to convince me to write a book about my life as The Cool Car Guy.  Maybe someday I’ll put a few of my collection of stories down into a book that goes beyond my blog here at CoolCarGuy.com.  For now, I enjoy writing here online and sharing information with the fans of CoolCarGuy.com. 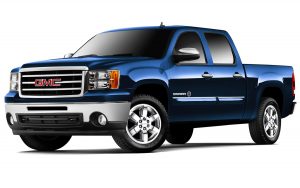 YOU’RE HOW MANY MILES OVER YOUR LEASE?

Like the time that I had a good friend of mine tell me about how a broker he knew pulled a guy out of his lease on his truck, who was almost 60,000 miles over the allocated miles.  Had he pulled him out of his lease and bought out the vehicle correctly that would have been a good idea, but he didn’t know what he was doing.  At least he thought he knew what he was doing and believed that he had pulled the guy out of his lease.  He didn’t do it correctly and his client got a bill from the manufacturer, which I won’t mention here, but it was for $.25 per mile for each of the 60,000 additional miles.  The guy got a bill for close to $15,000 because the expert didn’t know what he was doing and accidentally had turned the vehicle back into the manufacturer instead of buying it out.  That guy will probably never lease a vehicle again and has a nightmare story to tell. Was the lease actually a bad lease?  For starters, why would you go 60,000 miles over the miles you purchased and wait until the end of the lease to get out of that situation?  And the guy who he worked with was inexperienced and didn’t know what he was doing.  It was the classic case of when two fools met.

THANKS FOR THE LEASING INFORMATION COOL CAR GUY!

Recently, I had a woman referred to me and ask me to assist her in getting an Audi Q5.  She wanted to get a used Audi Q5 in a specific color and a payment of under $400 a month.  It had to be a very specific color.  She didn’t want to lease the vehicle because she had heard about how bad leasing was and instead she wanted to finance a used one.  I explained to her the benefits of leasing and how it can make sense when structured correctly and that I could even help her lease a used Audi Q5, so that she would hit her payment with minimal money down and be in an equity position at the end of the lease.  I spent a great deal of time with her looking for that perfect used vehicle and then she started to go dark as I call it.  She was going to wait on this vehicle that she couldn’t wait to get her hands on before and maybe go and test drive a new Audi Q5.  I didn’t mind by that time because I had spent so much time on trying to meet her expectations that I was ready to take a break too.

What had happened though is once she realized the benefits of leasing after talking with me, she had the brilliant idea of going and leasing a new vehicle on her own at the local Audi dealership.  I never recommended that she do this, but armed with my expertise she figured she was now much smarter than The Cool Car Guy.  I’m not being mean, but simply pointing out that what seems simple is often much more complex because leasing is a financial transaction.  Sure, you can go and meet with a lawyer and then choose to represent yourself in a court of law because you don’t want to pay a lawyer.  It doesn’t mean that it’s a good idea though.

I contacted her after she leased her new Audi Q5 and she told me that she was sorry she didn’t work with me, but that she got a “great deal” with $4,000 down and a $500 a month payment and 7,500 miles a year on her lease.  I was quoting her $1,000 down and 15,000 miles a year to get to $400 a month.  If you take $100 a month times 36 months that is $3,600 in savings and the buyout at the end of the lease that I was recommending would have put her in an equity position.  At the end of her new vehicle lease, she will be giving it back to Audi and walking away with nothing and if she goes over her miles it is $.25 a mile like the guy with his truck.  What she did is not even close to a good deal let alone a great deal.  I’m quite sure that three years from now she will be one of the many people who go around telling people how “leasing is a bad deal”.   As long as she doesn’t tell anyone that I recommended that she lease a vehicle!  I didn’t recommend that deal.

EVERY PERSON’S SITUATION IS DIFFERENT 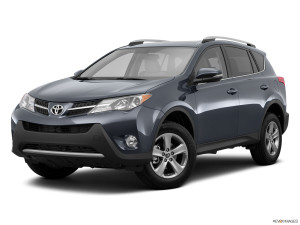 Let me give you an example where a lease makes great sense.  Recently, a woman was referred to me who had filed bankruptcy a little over a year ago.  This was an elderly woman who had never purchased a vehicle on her own.  She had been told by numerous banks, lenders and dealerships that they could finance her at around 19.95% interest.  I got her credit application and submitted it to a lender that specializes in bankruptcy car loans and they approved her for a $400 a month payment based on her income at 19.95%.  That didn’t seem like a good deal to me after looking over her credit and seeing that I could probably get her approved on a lease through one of the leasing companies. She told me that her ideal vehicle was a Toyota RAV4 or Honda CRV.  I went ahead and took the time to see what I could put together for her with the same $1,000 down that the bank wanted if she were to finance at 19.95%.

Even though she only drives about 10,000 miles a year, I structured the lease, so that she would be allocated 15,000 miles per year.  This way she wasn’t looking at the odometer or having to worry about going over her miles and I configured the lease based on a 2015 Toyota RAV4 with a Sport package.  She was shocked that I was able to get her approved through the leasing company that I used and that her payment with sales taxes was a little more than $350 a month instead of the $400 a month that she was looking at for a $14,000 used vehicle plus sales tax. And what was the interest rate of the lease?  It had an effective interest rate of about 2.49%!  That’s right, less than $18 a month was going toward interest with this lease compared to about $151 a month of her payment going toward interest on the purchase for an older used vehicle that would certainly need repairs over three to five years.  Over five years she would have paid over $9,100 in interest on a $14,000 vehicle.  I would much rather help her get a business of her own for that additional $151 a month!

The great news is that she is getting to drive a vehicle that is under the manufacturer’s warranty with new tires, free maintenance for two years and she gets to buy it out in two years for about $16,500, which is less than the market value of a three year old Toyota RAV4.  If I didn’t know anything about leasing and she hadn’t been referred to me then she would probably be paying over $151 in interest to a bank on a used vehicle.  She’s pretty happy about her vehicle and that’s really cool.

And those are a few stories about leasing that I thought I would share at CoolCarGuy.com.  By the way, I finance vehicles for people all the time as well and I have clients who pay cash for vehicles too.