I am always amazed by some of the articles that I read from financial gurus, like one guy who recently wrote in an article on the topic of negative equity that “If you have negative equity in your vehicle, you shouldn’t be trying to buy a different vehicle.” Really?  That is really ridiculous because every used vehicle is different.  That is a bit like saying that if you are losing money on a stock in the stock market that is dropping in value, you should never sell it, but just wait until it comes back someday.

What if the vehicle you are upside down on is a piece of junk that you keep having to sink money into a financial black hole at the repair shop?  How is that a financially wise decision?  I see it happen to people more often than I care to because every vehicle is different.  Like the person I recently spoke with who purchased an old Isuzu Trooper for $2,000 on Craigslist and now they are into it for $8,000 after repair bills and it’s still not running well.  There is a shocker!  They asked me what to do and I told them to sell it and cut their losses.

Many of these “financial experts” advise their students to drive around a 1995 Honda Civic that they found on Craigslist for $500 to “save money”, while they are earning millions from their books, radio programs and television appearances.  I doubt that they are driving around a junk car like they want all of their listeners to drive around.  I digress, but here’s my two cents on negative equity.

First of all, there are ways to get rid of negative equity.  Especially if you know how to structure a lease properly and you can find the right new or slightly used vehicle that can carry the negative equity into the lease.  This way you can get a payment that won’t kill your budget, while getting a new or newer vehicle that is under warranty. 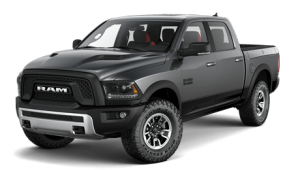 Recently, I looked at a deal on an AWD Chrysler 300C that could bury as much as $9,000 in negative equity using a unique lease program that had to be done outside of the manufacturer.  I also saw a deal on a four door RAM 1500 truck that had a similar program that could bury around $6,000, or even more depending on qualifications, in negative equity using a third-party lease program.

Let me state clearly though that not everyone knows how to do this just because they work at a car dealership.  There are many horror stories about “leasing”, which is why people tend to shy away from them.  If you are not working with someone who knows what they are doing, you can get burned and end up still having your negative equity at the end of the lease.  And just because someone calls themselves an auto broker or a finance manager doesn’t mean that they have a clue about how to properly structure a lease for maximum benefit.  I know owners of dealerships who have told me that they have no clue about leasing and are as ignorant as the average person off the street.  In fact, you can have the same payment on the same vehicle with two different leasing companies and one has more money going toward interest, while the other is going more toward lowering the purchase value at the end.

This doesn’t mean that leases should be avoided though.  People lose money in the Stock Market all the time, but that doesn’t mean that there are not people earning money on the same stock that someone else lost money on.  It all depends on the knowledge and expertise of the person who is involved in the transaction.  Leasing is not the only option, but I have eliminated negative equity with financing the right vehicle as well.  I just think that leasing works much better most of the time because you are not dealing with the full amount of the vehicle like on a finance.

So, if you know someone with negative equity and they are frustrated about their situation be sure and let them know that there are potential solutions available to them to solve their problem.  Their only option is not necessarily to keep driving their vehicle until they have eliminated all of their negative equity.  It is dependent on the entire situation and the structure though, including the amount of negative equity, the condition of their current vehicle, their credit, job history, money or no money down, required monthly payment and what they are willing to drive to solve their problem.