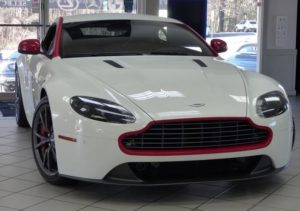 I had to write an article about this website that is sweeping the Internet selling people on how they can drive an exotic car, like an Aston Martin DB9,Vantage, Ferrari, or other exotic, for the cost of leasing a Range Rover or a luxury vehicle.  The ploy is that if you pay $300 to take their seminar or series of webinars that you will learn the amazing secrets of how to exploit the exotic car dealers. 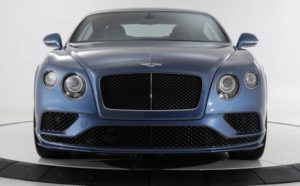 I’ve had so many people who have sent me the link on Facebook about this system that I had to write an article about it.  The first part of the gimmick, which you can find by watching some of their free videos, is that there are dealerships that purchase exotic vehicles and they want to turn them in 60 to 90 days.  This is true since all dealerships that inventory vehicles want to turn their inventory quickly.  It’s just not a big deal. 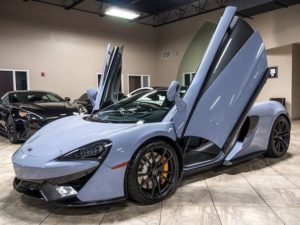 They go on to explain that many of these dealers end up getting stuck with their exotic cars for a number of months and then their only option is to sell it at auction or to another dealer at a massive loss.  You can even use a CARFAX report to see how long the vehicle has been in the dealer’s inventory.

This may or may not be true depending on the dealership because many dealers have the money to pay cash for these types of vehicles.  If they own them outright they may be willing to sit on them much longer, until the right buyer comes along, who is willing to pay all the money for a specific vehicle.  It’s not as though exotic car companies have a massive production line like a Chrysler Town and Country is built on.  Hence the name exotic cars.  Exotic cars can take a long time to sell, just like a million dollar home is going to take longer to sell than a $250,000 home.  This should be common sense. 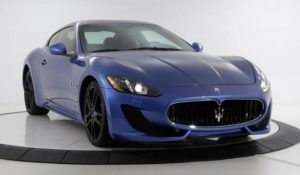 One year, I sold a DeLorean DMC-12 from the early 1980’s, which isn’t an exotic like a Lamborghini, but it’s still a limited production vehicle for sure.  I remember some of the guys I knew told me that I would never get what I was asking for it.  I had a number of calls from people who wanted me to drop the price on it without even coming to look at the vehicle.

It didn’t take that long though and a guy who owned an oil company and who was a huge John DeLorean fan showed up and paid the asking price.  Not everyone is desperate to move a unique vehicle that they know are limited production cars.  There is something in business called supply and demand and it is really important when it comes to cars.  No two used vehicles are ever the same, so if a dealer is deeply discounting a vehicle, it could be because it has serious issues.  It may also be that they just traded for the vehicle and they don’t want to keep it in their inventory and are blowing it out.  This isn’t usually the case though with exotics. 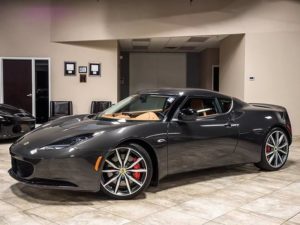 The main sales pitch of the exotic car webinar guys is that they are going to teach you how to buy exotic cars at a huge discount.  Apparently, the dealer would rather earn a little more money retailing the vehicle than have virtually zero risk wholesaling it to another dealer or selling it at auction.

Often times I will wholesale a vehicle to another dealer instead of selling it retail because I don’t want the potential “heat” of having a customer come back to me on a vehicle with little profit.  It’s not worth the brain damage.  This is part of the business that these guys are failing to realize.  They make it sound like this happens all the time and the dealers are desperate and it really doesn’t. Most dealers that trade in exotics know their market pretty well, certainly better than the average guy who buys one car every few months or years and thinks he’s an expert. 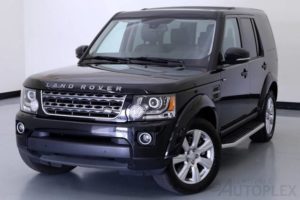 Their pitch gets even better though.  They have their customers believing that if they buy the exotic car for say $200,000 instead of $250,000 that they can drive it for a few months and flip it again for a profit or for what they paid for it to some sucker or another exotic car dealer.  Apparently vehicles only depreciate when they are sitting on a dealer’s lot and not when a student of a $300 webinar is driving them around and putting miles on them.  And don’t forget that most people trying to get one of these at the payment of a “Range Rover”.  They are going to still have to qualify for their financing.  Honestly, do you think a $200,000 vehicle is going to have the same payment as a $70,000 vehicle?  Did someone fail math class?  Do you think the dealers are going to be begging to buy your vehicle three months later because you are such an amazing negotiator?

My favorite part of the video I watched was when he told his viewers that they should always ask for a salesperson who has been around for a long time.  Because these guys want to make a sale and they are not afraid to discount the vehicle.  He even advises people to not ask for the “new guy”, which is comical.  Have you ever talked to a salty and seasoned car salesman who has been around the car business for way too long?  I get talk to them regularly and many of them are nuts.  I’ve been around this business for over 13 years and I’m pretty nuts.  They are often seasoned pro’s at selling with very little patience for people who want to waste their time.

Someone who has been selling cars at a dealership for five, ten or twenty years, everyday is more often than not like a salty old sea captain.  I know one guy who would have people in his office trying to grind him down on a car purchase and he would just tip his glasses down and say, “Get out!”.  He would literally escort them out of his office and slam the door.  That’s the type of guy they’re telling their students to go and negotiate with, which is hilarious.

If someone is going to pay cash they are probably going to want to keep the vehicle and not dump it after a few months.  Which is probably what these guys are actually doing themselves.  After all, if you can sell 2,000 webinar courses on how to buy exotic cars at $300 a pop and earn $600,000, well you can definitely afford to buy a $200,000 Aston Martin DB9 or some other exotic vehicle for your sales “pitch”.

This reminds me of the late night television gurus of the 1980’s that were selling suckers on how to buy real estate with no money down, if they purchased their material.  They would usually get someone who bought one or two homes to get on their show and tell them how great their system worked, so they could fill a room.  The fact was that most of the people taking the class probably never bought one house after they ponied up to the bar to pay their fees.  The same exact concept is happening here by telling people how to do something that sounds too good to be true, while earning a huge profit selling a scam.

I earn my living, buying, selling, trading and leasing vehicles for people and I’ve done it for the past thirteen years.  I only get paid if a sale of a vehicle is made and if I charge people a commission it’s for actually delivering a tangible product.  If it really worked as well as they are saying, why wouldn’t they just keep the idea to themselves and go make money flipping their exotic cars?  The simple answer is because they earn way more money selling their amazing system that nobody else knows how to do than they would just using their car buying system.  And if you were to question them on it they will claim that you just don’t know what you’re doing, you’re stupid and they’re a genius.  Yes they are – at selling the “sizzle”.  Like anything else, it’s buyer beware.  Now people can hopefully quit sending me the link to their website.