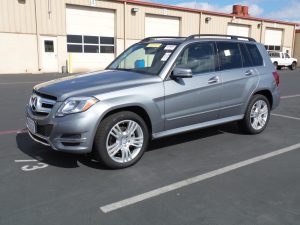 Recently, I had a former client contact me about getting out of her 2013 Nissan Rogue lease and into a “luxury” vehicle this time around, but she wanted a low lease payment without having to put a great deal of money down.  I know that many people see the low lease payment offers on television and they believe the dealerships that they can lease an $35,000 to $50,000 vehicle for under $400 a month with nothing down.

However, what most people discover is that in the fine print of the advertisement the manufacturer wants more money down or have an annual mileage restriction of 10,000 miles or even 8,000 miles.  If you drive 15,000 miles a year for three years and you purchased an 8,000 mile lease than your vehicle will have a vehicle that is three years old with 45,000 miles and you told the leasing company that you were only going to drive 24,000 miles a year.  This happens all the time!

The salesperson tells the person not to worry about the miles because at the end of the lease they can buy it out, but what if the leasing company bet wrong on the residual and the residual is $26,500 and the vehicle is selling at auction for $24,000?  You get to buy it for $26,500 or $2,500 more than what the vehicle would actually trade for.  This is still better than being over your miles by 21,000 miles at $.25 a mile, if you give it back to the leasing company where they will cream you for $5,250 in additional depreciation, plus any additional damage the vehicle might have as well.  Which is why it’s important to purchase the right miles to begin with or get as close to where you think you’re going to drive as possible. 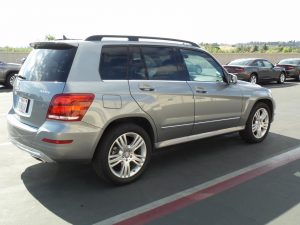 Why do people buy used vehicles?  Because they want someone else to take all the initial depreciation on the vehicle when it drives off the showroom floor.  When you lease vehicle you are paying for the depreciation and the leasing company is setting a number on what they believe the vehicle is going to be worth, two, three, four or five years from now.  They are taking an educated guess and rolling the dice that the vehicle is going to be worth X if you put on X number of miles during the term of your lease.  As I just mentioned, many times the leasing company will be wrong and that’s a benefit for you!

What if my client had purchased the Nissan Rogue and after three years she wanted to get out of it?  In her case, she had backed into her husbands vehicle with her car and did about $500 in damage.  On top of that though, Nissan had bet wrong so the vehicle was worth about $2,000 less for trade value than the residual value was, so if she had financed it for five years and wanted out she would probably owe about the same as what her residual value was.  Now she could just give it back to the leasing company, cover the

A used vehicle lease transfers some of the risk of ownership of a used vehicle back onto the leasing company again and this is an awesome concept that you are probably not going to hear about from a franchise car dealership.  They are in business to do new vehicle leases because the manufacturer wants them leasing new cars and not leasing used cars.

You can now see the benefit of how a used vehicle lease is similar to purchasing a used vehicle. Much of the depreciation has already taken place, so you are able to transfer some of the risk of driving that used vehicle onto a leasing company.  If the vehicle gets hit with hail or in an accident, while you are driving it and you own it than you get stuck with the bad CARFAX report and I get those calls all the time from people trying to figure out what to do with their vehicle with the bad CARFAX. 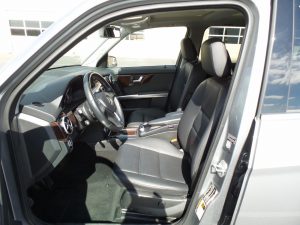 When you lease a used vehicle, like the pictures of this 2015 Mercedes Benz GLK350 AWD, that I ran lease numbers on for my client, a great amount of depreciation has already taken place.  For example, I ran a scenario with 12,000 miles a year instead of the 8,000 or 10,000 on a similar manufacturer’s lease with only $1,000 down, plus the first payment and 12,000 miles a year.  The numbers below are based on approved credit and you need a minimum of a 680 FICO to qualify for a used vehicle lease with most leasing companies.

This is a vehicle that I could purchase at the Dealer Auction for her with about 30,000 miles on a 2015, so it still has the remainder of the four year factory warranty from Mercedes Benz.  If she was to lease this vehicle using the estimate that I ran, which could be less depending on what I can purchase this vehicle for or one like it for through the auction it would be a very affordable lease.  It could be slightly more, but I’ve been doing this for 12 years and I’m pretty good at estimating, but I will drill down a specific vehicle for her if she decides to go in this direction.  I’m not sure why someone wouldn’t want to do this?  There is very little downside and it can be great for people in business.  Not everyone knows how to structure these leases properly though, so if someone tells you they know how to do used vehicle leases it doesn’t mean they will have the same results.

You can see the Base Payment, which is what dealers normally quote before sales tax is added to the lease payment.  Also be sure and look at the residual.  So if she were to decide to lease this really cool vehicle for 48 months she can buy it out at the end of the lease for $15,400, which is below wholesale based on sales at the Dealer Auction of 2011’s with about 78,000 miles like this should have at 12K a year.  Which is a case where if she were to put more miles on the vehicle than what she purchased she could find herself in a safe position based on the depreciation that already took place.  This is also a simple interest lease, which is another discussion all together.

This is a payment that many people can afford and put more money into their savings or an investment vehicle, a business venture, use for their household expenses, while still driving a late model Mercedes Benz.  How cool is that!  A person could be driving a 2015 Mercedes Benz AWD SUV for less than what they would pay to drive an American or Japanese Import. Which is why I’m The Cool Car Guy.