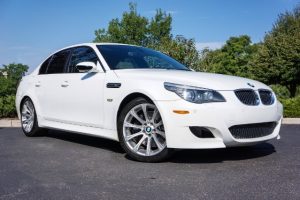 Recently, I listed a really cool 2008 BMW M5 sedan on consignment for a client and I decided to feature it here at CoolCarGuy.com and put some photos of it online.  I had to feature this vehicle because most car enthusiasts are familiar with this vehicle and it’s 500hp V10 power plant under the hood. This is a really cool vehicle and it’s pretty much stock from BMW other than the exhaust that he did an upgrade on.

The exhaust was done at BDM Performance Exhaust and my client had them put Magna flows on and change out the tips to single oval shapes to match the contour the rear bumper, which gives is a slick look from the backend. 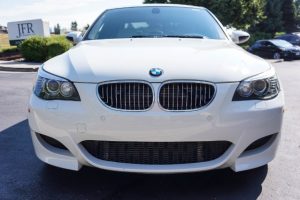 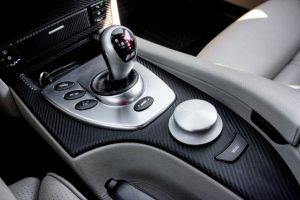 The E60 M5 was the world’s first production sedan to feature a V10 gasoline engine.  At the time the M5 was released to the public it was the fastest 4-door production sedan in the world, which you would probably suspect it to be.  It had a five year run from 2005 to 2010.

If you’re looking for a fun pre-owned vehicle in this $30,000 price range this is a fantastic car to consider and I don’t expect it to last long. 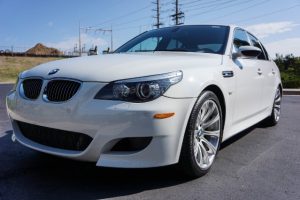 If you are looking for a fast BMW with plenty of room for five people, amazing horsepower and speed look no further than this nice BMW M5 sedan.