I recently consigned a client’s 1977 Jeep Cherokee 2 door 4WD that he’s been restoring and it’s a pretty cool ride.  It’s amazing how many “experts” there are on this classic Jeep Cherokee and how many people who rode in a friend or family member’s back in the late 70’s, 80’s and 90’s.  There are not thousands of these vehicles still being produced at the local “1977 Used Car Factory”, so they are becoming much more difficult to find.  Especially, in good condition and since President Obama’s famous or rather infamous “Cash For Clunkers” program, there are even fewer of them.  Too many people took classic vehicles that they were told were only worth $4,000 or less and had them crushed for an additional Government incentive – brilliant!

When you look at classic cars, whether they are a Jeep or a Corvette, you have to look at the number of vehicles that were produced and the age of the vehicle.  This 1977 beauty is almost 35 years old and it was a Jeep and not a Corvette or a Mustang that was sitting in a car collectors showroom, but a vehicle that was driven.  It has 144,000 miles on odometer, which over 35 years is under 4,200 miles.  It’s being sold “As-Is”, but the current owner did quite a bit to this vehicle to warrant the $9,500 price tag, including:  Fully rebuilt engine with a 3yr 100,000 mile warranty.  New pumps, belts, and hoses. New ball joints, axle U joints, sway bars, and wheel bearings. He installed Hella Vision Plus Headlights and Kenwood Stereo.  This is an extremely rare 1977 Cherokee Chief S Wide Track with an automatic transmission. 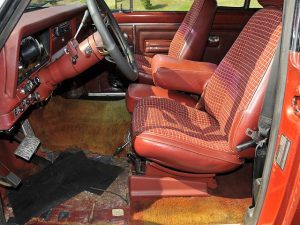 There was not a huge production run for this vehicle back in 1977, especially as a Limited and you can see the Limited badge right on the vehicle.  I even had a Jeep enthusiast write to tell me that he has owned 70 Jeeps over the years and he didn’t believe that they made a Limited.  They actually did, but they are not very common, which is why he hasn’t seen one before.  According to Wikipedia they did indeed make a limited for this vehicle, along with a number of other versions, which is another reason for why it’s priced at where it is priced.  Supply and demand always affects the price of vehicles and this was a very small production run compared to other Jeep models.

“Based on the Wagoneer, the Cherokee was marketed as the “sporty” two-door variant of Jeep’s station wagon. The term “Sport Utility” appears for the first time in the 1974 Cherokee sales brochure.[1] A four-door was not 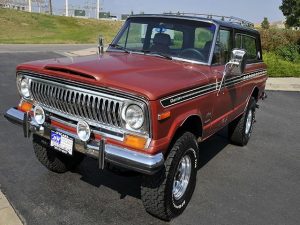 added to the lineup until 1977. Other than the base model, the trim levels of the Cherokee included the S (Sport), Chief, Golden Eagle, Golden Hawk, Limited, Classic, Sport, Pioneer, and Laredo.” – Wikipedia

Like any older Jeep, this vehicle is still going to need additional reconditioning, but the motor and important components of the vehicle have already been taken care of by the current owner.  The body is in excellent condition, but the headliner, carpeting and some of the interior will need some TLC.   These vehicles were beasts and you can find quite a few photos online of people using them off-road.  A friend of mine in Wisconsin’s Dad had one of these when we were growing up that he would use for duck and deer hunting and they were bullet proof and would go through just about anything.  It didn’t matter how cold it was outside, it always seemed to run and the great thing about these older vehicles if that you can still pop the

hood and work on them!

Don’t buy this for your teenage son or daughter, as their first vehicle, though because it’s not going to drive like your wife’s modern SUV, even though Jeep invented the term “sport utility”.  These older vehicles do not drive the same as what they may have learned to drive on and they will get confused when they can’t find the iPod jack!  I can’t tell you how many young people buying cars do not even bother looking under the hood anymore, let alone know how to drive a manual transmission or engage the four-wheel drive on a vehicle that doesn’t do it automatically for them.

to drive them and properly maintain them.  These Jeeps were built to last, which is why this one is still going strong 35 years after it came off the assembly line.