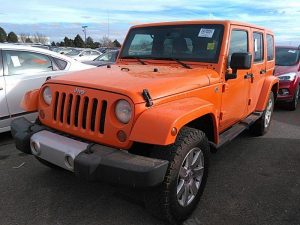 Someone recently asked me why so many used vehicles are purchased by dealers at auction.  I figured I would write a post explaining why auctions are used by dealerships to buy and sell cars.

The first reason that dealers will end up being at a Dealer Auction is because they cannot choose what vehicles they take in on trade. This happens daily.  Someone wants to buy a Ford F150 that I might have on consignment and they have a Toyota Corolla to trade.  I may not want the Toyota Corolla in my dealership inventory taking up space and having to recondition it, advertise it, etc.  So, I send it up to the auction for another dealer to bid on it and put it in their inventory.  I just want to sell the Ford F150 that I have available, so I’m willing to roll the dice on the Toyota Corolla and send it up to the auction.

This is one of the reasons why most used car managers don’t really care about the trade value in the NADA or KBB book, but what the vehicle you’re trading is probably going to bring at auction.  Most people go in thinking that the dealership is trying to rip them off on their trade, but the reality is the used car manager doesn’t want to get stuck with a vehicle they don’t really want.  After you drive off, the used car manager has to decide whether to try to sell your nicely used vehicle with all of it’s issues or send it to auction.

THE BURN RATE OR THE TURN

Believe it or not, the car that you trade is not going up in value every month.  On the contrary, each month a third-party in the form of NADA and Kelly Blue Book are coming out with a book or website telling the world that your vehicle is worth less than it was the month before.  A dealer needs to unload vehicles that have been on their lot for 60 or 90 days to avoid loosing too much money in depreciation.  Most dealerships also have a floor plan with a curtailment, so they have to turn those vehicles or write a check to the floor plan company for part of the cost of the vehicle or the full amount.  Think about if you have fifty vehicles in inventory and the average curtailment is $1,500 and the dealer has to write a check for $75,000 to keep all of those vehicles on their floor plan.  That’s a big incentive to send it to the auction and unload the vehicle.

Dealers also have certain vehicles that sell better in their inventory.  If you owned a Lexus dealership and someone trades a Chevy Cruze the odds are pretty good you don’t want it in your inventory.  You send it up to the auction to free up capital that allows you to buy another Lexus or Toyota or some other used car that sells well on your lot.

The auction ends up being an efficient way to unload unwanted inventory or to pickup new inventory for the dealership.  It’s dealers purchasing vehicles from other dealers, so the emotion is out of the equation compared to buying from a consumer.  The consumer has an emotional tie to a vehicle where the used car manager doesn’t care – it’s just moving metal.