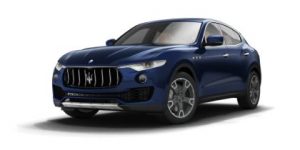 I have clients from all walks of life and often times I’ll have clients contact me about buying or leasing a luxury SUV.  For example, Maserati is introducing a new SUV in 2017 called the Levante that will be available in both a diesel and a gas powered engine.

This is a super cool, high-powered SUV with up to 430hp in a twin-turbo V6 motor.  The Maserati website describes this vehicle as follows…

“The Levante is an SUV like no other, embodying the passion, the sophisticated engineering and exclusivity that have distinguished every vehicle engineered and crafted by Maserati in the heart of Italy since it was founded in 1914.”

This should be a popular SUV for a very specific market segment and it’s a super cool ride, but it also has some serious competition.  Jaguar has the F-Pace that they have rolled out, which is less money, but is smaller in size.  There is the tried and true Porsche Cayenne that is another high performance and well made vehicle.  The Jeep Grand Cherokee SRT-8 that has plenty of horsepower and Jeep has been making the SUV forever.  The always popular BMW X5 that is available in a number of configurations that has been around for a long time as well.  Meredes-Benz with their assortment of SUV and the Tesla Model X that is the new SUV from Tesla to name just a few of the options available from luxury car companies. 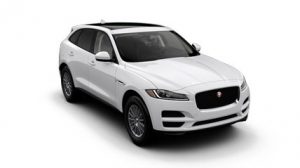 The problem though is when a manufacturer rolls out a new product, like Maserati and Jaguar are doing, do you really want to be the guinea pig and purchase the vehicle?  I wouldn’t recommend it.  I didn’t say I don’t like these vehicles.  I think they are really cool, just like many of the others I’ve mentioned in this category.  I would just suggest leasing a first release vehicle like the Maserati, the Jaguar or the Tesla and letting the leasing company share in the risk.  This is because we don’t know what the depreciation is going to look like over three or five years for a newly released vehicle.  It gets even more sketchy with the Tesla because many people want the electric vehicle for the tax incentives, but it’s hard to unload a used one without the appeal of a tax incentive.  If you lease it you can drop the keys, walk away, fix your costs and tell the leasing company the vehicle is theirs and to have a nice day.

The reality is that we can look at a three year old Infiniti QX80 and know what they are selling for today.  You can purchase or lease it and have a good idea about what it will be worth when you’re ready to unload it in the future.  We have no idea what to expect from a Maserati Levante or the Jaguar or the Tesla and how they will depreciate over the next three to five years.  We also don’t know how they are going to depreciate in relation to the competing vehicles that have a solid track record.