Like many automobile enthusiasts, I have been watching Telsa Motors for years and the enormous fascination and love of the electric automobile maker by the public and the media.  This past Friday the stock was trading at $259.32 a share with a Market Cap of $32.32B, which is the most ridiculous and overpriced stock I can remember based on their annual car sales and product line.  Seriously, look at the number of car sales for Tesla Motors compared to Autonation, which is not an Automobile Manufacturer.

International Business Times reported that Tesla will sell 35,000 vehicles in 2014.  Autonation, which is a franchise automobile dealer and also a public company reported in a Press Release that retail new vehicle unit sales in the second quarter of 2014 alone were 81,394.  That’s not even close!  The stock price of Autonation though was only $51.44 a share and it has a Market Cap of only $6.1B compared to Tesla’s $32.32B Market Cap.  What about other competing specialty car companies like Mercedes Benz, Audi, BMW or others?  BMW stock price closed at $88.99 Euro a share and Mercedes Benz closed at just $63.70 Euro and they both have an electric vehicle that CarandDriver.com did a review about, but they are not getting the unprecedented and completely ridiculous media coverage that Tesla Motors has received.  Audi is releasing their A3 e-tron hybrid vehicle in 2015 as well, but it’s not a fully electric vehicle. They claim they will have one in about three years according to Audi and Edmunds.com.  And BMW reported the following on their website about their revenues and sales compared to Tesla Motors…

“The BMW Group continued to perform well throughout the period under report, recording its best-ever sales volume figures â€“ both for a quarter and for a six-month period. The previous year’s second-quarter sales figure was topped once again, with 533,187 units delivered to customers (+5.3%). Six-month sales were also up solidly (1,020,211 units;6.9%), surpassing the one-million threshold for the first time in the first half of a year.”

My point in all of this is not to give stock advice, but simply to point out a fact that one company has an incredible amount of “hype” around their company based on their annual revenues and projected sales compared to other automobile manufacturers and even automobile retailers.  It’s a joke that Wall Street and the media power elite are helping Tesla Motors to be valued with a $32B Market Cap compared to Ford Motor Company for example that has a $64B Market Cap and sold 222,064 vehicles in the month of June 2014 alone.  Anyone with half a brain should see that the Telsa Motors is more hype than substance and the same holds true with their vehicles.  And even Fiat that owns Chrysler generates about $116 billion in U.S. annual revenues based on EUR $85 billion in sales.  Yet, I never hear a media outlet give Tesla any negative press compared to much larger and more successful car companies.  It’s crazy.

Sure, the Tesla Model S is a cool car, but they have limitations.  Such as only being able to drive about 300 miles before needing to be hooked up for almost five hours to fully recharge again.  Why is this not a big deal?  That would drive me crazy with the amount of miles that I drive each year.  I can get in a Model T and still put gasoline in that vehicle and drive it down the road.  Will you be able to do the same with the Tesla Model S and have it drive you anywhere you want to go even 20 years from now?  Probably not because it will be like your iPad and outdated technology.

There are finally a few articles that are showing up that are actually talking about some of the challenges of owning a Tesla Model S.   Like this article at Motor Authority written by a guy who talked about the claim that you can get a Tesla for only $500 a month, which is not reality.  The way the media and car enthusiasts promote this car you would think that it is the greatest invention since the wheel.   Personally, I think most of this media coverage is being purchased, but that’s my own personal opinion.  When I worked for a company selling Windsurfers back in the 1980’s, the company I was with frequently wrote the positive reviews for the magazine on some of their products because they spent so much with them on advertising.  If a bad review came out they called the Editor and told him they were pulling their ads and surprisingly the reviews became much better.  The exact same thing happened with a mail order computer company that I was with in the early 90’s.  Which is why I’m a bit skeptical of some of the things I read in many car magazines, on websites and through other media outlets about vehicles. 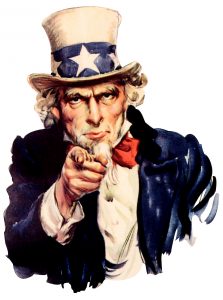 The other reason I’m skeptical is because as reported in the article “In Summary, The Tesla Model S Is A Dirty Car” the Government is giving Tesla Motors a great deal of help compared to other companies…

“The Government Subsidy Insanity – The Model S is pretty clearly not a ‘green’ car. Despite this, Tesla enjoys massive financial support from the Federal government, as well as various state and local governments: The Department of Energy (DOE) provided Tesla with $465 mln of low-interest loans under its Advanced Technology Vehicles Manufacturing Loan Program, buyers of the Tesla Model S luxury sedan gain $7,500 of Federal tax credits (at an annual cost to taxpayers of $150 mln at ‘full output’ of 20,000 Model S sedans per year) and state and local government incentives include a $2,500 rebate for Model S buyers in California, sales tax waivers, free parking, free charging and authorized travel in car pool lanes. Electric vehicle charging stations have also been subsidized, with Federal tax credits ranging from 30% of the cost of a home charger, up to a $1,000 tax credit, to $30,000 for the installation of commercial chargers. In addition, government environmental credit schemes forced other automakers to pay Tesla roughly $108 mln in over the past six months to “offset” the CO2 produced by their gasoline engine-equipped vehicles with credits generated by Model S sales. All of these incentives are designed to help promote Electric Vehicles (EVs) and reduce CO2 emissions, saving the planet from the devastating effects of Global Climate Change.” – SeekingAlpha.com

All of this hype with this vehicle and what appears to be a total scam on the American taxpayer, even though the internal combustion engine is still one of the greatest inventions of all time has me scratching my head.  Gasoline actually sits in your vehicle in hot or cold weather and doesn’t drain the power efficiency out of your vehicle like a lithium / ion battery that changes based on the weather.  The reality is the price of gasoline, government subsidies, media hype and the iPhone type “cool factor” is really what makes Tesla a viable company.  If gasoline was selling for $.47 a gallon in America like it is in Iran or $.88 a gallon like in Kuwait the electric car company would hardly be relevant.

Now I will wait for the negative comments from Tesla Model S fans.  Before you do though, let’s race from Denver to Los Angeles and I’ll drive my BMW 3 Series and you can drive your amazing Tesla Model S  and we will see who gets there first?  It’s about 1,017 miles from Denver to Los Angeles and about a 15 hour to 17 hour drive in a gasoline vehicle according to Google Maps with places for me to fill up all along the way.  So while you’re sitting around after 300 miles waiting four or five hours for your vehicle to recharge, so you can drive another 300 miles, so you can wait another five more hours and then drive another 300 miles and wait another five hours to go a whopping 900 miles total and then wait another five hours, so you can drive another five hours and finish your trip – I will already be there lying on the beach.  At which point I will ask you what your time is worth?  And after a few days of that nonsense to simply drive from Denver to Los Angeles, you will be ready to get out your high-tech iPhone, hop on Expedia and take an airplane home!