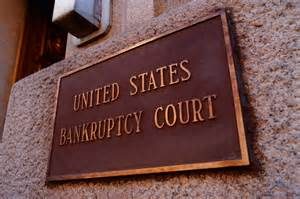 One of the biggest issues that people face when buying, trading or leasing vehicles is when it comes to financing.  I’ve seen a bank or a credit union offers someone an interest rate of 11.99% with a 665 and 710 FICO Score from two different reporting agencies and then I submit it to another bank and that bank approves the same person, the same vehicle and the same structure for 6.25%, which is half what the other lender was going to do the loan for.  In addition, they may have different stipulations, such as proof of income or proof of employment or proof of residence or references, while another bank only asks for a copy of the driver’s license.  That same bank though with a different buyer could do the exact opposite of the first bank based on their credit history and the entire structure of the vehicle purchase.

When it comes to people who have filed bankruptcy, one of the biggest mistakes that I see people make is that they get multiple offers from credit card companies offering to rebuild their credit.  The person thinks, “This is great and more is better because I need about five different trade lines to get my credit score back up.” and the next thing you know they have opened up a bunch of credit cards and installment loans to rebuild their credit and then they go to try to buy a vehicle.  They end up getting declined because their debt to income ratio is too high or they have to come up with an excessive amount of money down to get the bank to buy the loan.  It’s not a bad idea to get a credit card after having a bankruptcy discharged, so that a person can start rebuilding their credit again.  However, they don’t want to fall for all the offers because banks like people who have filed bankruptcy and discharged their debt and they know that they can’t file bankruptcy again anytime soon.

The other thing that people do is they get extremely picky about the vehicle they are purchasing as though it is the last vehicle they will ever own.  I can typically get someone approved with credit challenges or even after they have filed a bankruptcy with a number of lenders, but the lender isn’t just looking at the person and their credit.  The lender is checking out the amount of money they are putting down, the type of vehicle they are buying, their employment history, if they have a co-signer or not, how long they have been at their residence, so there is more to getting financed than just the vehicle.  When people work with me, since I don’t inventory vehicles I can take a client to the Dealer Auction or get something out of the rental fleet that is often much better than what they will find on their own walking the car lot and at a better price.  The key though is that it has to be a vehicle that the bank is willing to take a risk on or have enough money down that the bank won’t care.

In other words, someone can actually get a pretty cool car after their bankruptcy and get financed, if it is structured correctly and they are working with a consultant who is willing to take the time to help them find the right vehicle at the right price.  The interest rate is going to be higher initially, but there is no reason why someone can’t refinance their vehicle after 6 to 9 months.  Through my relationship at the dealership where I have my license I have access to lenders who specialize and work with people who have credit challenges, even bankruptcies, so keep that in mind if you know someone who is having  a hard time getting financed because of their credit.