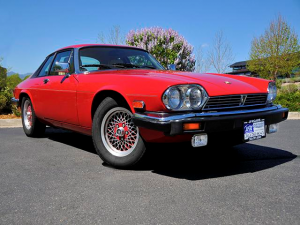 I recently consigned a great looking 1989 Jaguar XJS Coupe for a client living here in Denver, Colorado.  These vehicles are not easy to find and this one is in very good shape for being 23 years old.

If you’re in the market for a cool looking classic European vehicle to drive, this is a sweet ride and it’s only $8,900! 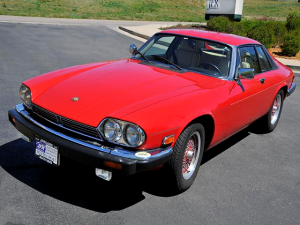 My client purchased the car in October of 2011, but he needs a daily driver with better gas mileage than a V12 motor found in this classic Jag.  It was

originally owned by a a man in his 70’s who didn’t drive it anymore and he was thinning out his collection of vehicles.  The car has always been in Colorado, so there is no rust like many East Coast and Mid-West vehicles.

The paint is also original and there hasn’t been any body work done to the car.  There are not even any nicks or dents on the car and it has solid floor boards.  Even the AC blows cold with no cracks in the wood grain on the dashboard.  It doesn’t appear to have had any work done on the transmission or the engine and the wheels look great.  The headliner is also in excellent condition, but as you can see from the photos that seats are midly worn in the front and hardly worn in the back.  The vehicle is in excellent condition and it’s going to make a new owner very happy. 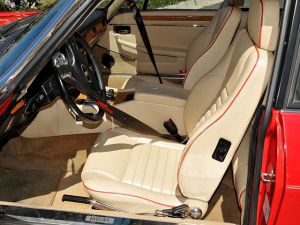 This is the cleanest 1989 Jaguar XJS Coupe that I’ve seen in a very long time.  The owner even has the original manuals and the original cassette tape from Jaguar that came with the vehicle back in 1989.  If you’re looking for one of these, you need to get on a plane and fly into Denver and take this vehicle for a spin.  I’m amazed that it’s still available for under $10,000!

The Jaguar XJ-S (later the Jaguar XJS) was a luxury grand tourer produced by the British manufacturer Jaguar from 1975 to 1996. The XJ-S replaced the E-Type (or XK-E) in September 1975, and was based on the XJ saloon. It had been developed as the XK-F, though it was very different in character from its predecessor. Although it never had quite the same 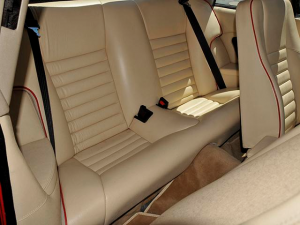 sporting image, the XJ-S was a competent grand tourer, and more aerodynamic than the E-Type.[3] The last XJS was produced on 4 April 1996, by then 115,413 had been produced during a 21-year production life. The model was replaced by the XK8. – Source: Wikipedia

Jaguar V12 piston engine was one of the premier powerplants of the 1970s and 1980s.[1]It was first seen in the Series 3 Jaguar E-type of 1971 and was based loosely on an earlier design intended for a Le Mans car, the ill-fated Jaguar XJ13. The V12 was only Jaguar’s second engine design to go into production in the history of the company. The all-alloy block was fitted with removable wet liners and had a SOHC 2-valve alloy head with flat combustion chambers. 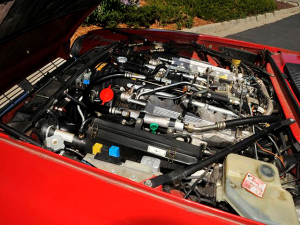 A high-efficiency 5.3 HE version debuted in 1981. This used the special high-swirl design “May” cylinder heads, and had an unusually high compression ratio (10.5:1 – 12.5:1, depending on market and year). In any given market, power levels remained similar to the previous model, but fuel economy was improved by nearly 50%. The HE V12 engines had a fuel injection system from Lucas (dubbed Lucas Digital P) which was based on the Bosch D-Jetronic system.[4]

The Lucas CEI ignition system continued until mid-1989, when it was superseded on the XJ-S by a system from Magneti Marelli. Series 3 XJ12 and Daimler Double Six cars used the Lucas CEI system until the end of production in 1992. – Source: Wikipedia 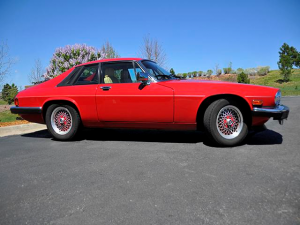 This vehicle is not for everyone.  It’s a classic limited production vehicle that will fit well in someone’s car collection or a Jaguar enthusiast who would like to own a $50,000 piece of history for under $10,000.  If that’s you, get in touch with me and I’ll arrange a showing of this vehicle for you.

I found a great video from Flemings Ultimate Garage on Youtube that showcases a 1989 Jaguar XJS Cabriolet that they had for sale.  They were asking $16,500 for the convertible and frankly I’m a bigger fan of the coupe with the unique European style.  Check it out and you’re sure to learn a few things about how to check out a classic car.