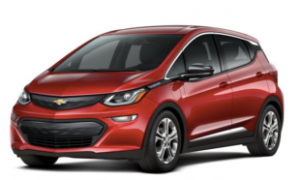 It is amazing how global the automotive industry has become over the years as we have watched prices of vehicles skyrocket.  Isn’t the idea that if you manufacturer something in another country you should be paying less?  We’ve seen that with calculators, computers and digital watches, but apparently not with cell phones and automobiles.

Car loans have gone from three and four years to five and six year loans as common and even seven and eight year loans!  I have helped people do a five year lease on a used vehicle to get a lower payment, so that they can roll out early based on depreciation, which is still better than an eight year loan. 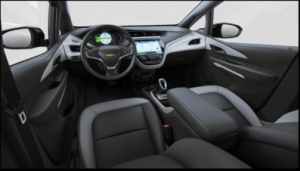 Let’s look at the new 2017 Chevy Bolt for example and who has been involved in creating this new vehicle.  According to Wikipedia the Chevy Bolt was created in conjunction with LG.

“The Chevrolet Bolt or Chevrolet Bolt EV is an all-electric subcompact car developed by Chevrolet in partnership with LG Corporation.[3] Production for the for model year 2017 began in November 2016.[4][5]“

Isn’t LG known for making televisions, washers and dryers?  The Chevy Bolt though is an EV (electric vehicle), which other than the batteries may have a motor that could last 20 years like your electric dryer.  If you have read CoolCarGuy.com for any length of time you know that I believe the electric vehicle is the ultimate in planned obsolescence.

I love the awards many of these new technology electric vehicles get too.  I’m not sure that many of us have ever even heard of some of these awards, but they sound really good.

Call me a skeptic, but when I sold windsurfers back in the mid 1980’s and computers back in the early 1990’s I remember the magazines giving awards to the companies that I was selling for numerous times because they were huge advertisers with the magazines.  Of course, I’m not saying this has happened here, but I take awards in the automotive industry with a grain of salt.

Getting back to who is building your car today though, if we read a little further about the Chevy Bolt we discover that not only is LG in South Korea involved in manufacturing the motor, battery and drive unit, but the former car company Daewoo was involved in the design of the vehicle.  The only thing that is Chevrolet about the Bolt is the brand name and that it is being assembled in Detroit, Michigan.

“The Bolt was designed by GM’s Korea studio (formerly Daewoo Korea), as B-segment size[28] on its own platform, and does not share elements with the GM Gamma platform cars Chevrolet Sonic/Spark/Opel Corsa.” – Wikipedia

I don’t know if this is a great vehicle or not since I haven’t driven one yet, but I find it fascinating that this vehicle has an MSRP of $37,495 for an all electric vehicle.  If you subtract a federal tax credit to encourage people to buy electric vehicles than the price drops to $29,995 for the MSRP.  The reasoning behind this vehicle is to avoid paying for gas and that most people are only driving about 40 miles a day, but you have to spend a ton in fuel to justify the cost.  It is still going to be a pretty good seller for Chevrolet I’m sure with the increased interest in electric vehicles and all of those award that it’s received – lol. 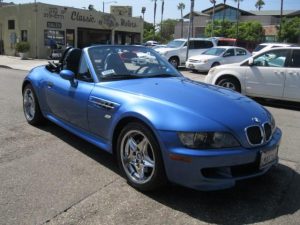 You could get a 2000 BMW Z3 similar to this one (I’m not selling this one, just showing an example) that I spotted through the Manheim dealer auction that gets great gas mileage and has about 77,000 miles for less than half the price of a 2017 Chevy Bolt.  I would take an older BMW hands down personally, but I recognize they are not in the same category.  My point is that there are some great used vehicles out there that you don’t have to spend $30,000 on with a tax credit to get a cool car.

I’m not trying to pick on the 2017 Chevy Bolt in this article, although it probably seems that way, but I am really just trying to make the point about who’s really making your vehicle.  The fact is that so many vehicles are being outsourced today by all of the manufacturers that you really have to do some research to find out who’s designing, manufacturing, assembling and building your vehicle before you plunk down your cash.

Maybe you don’t really care either?  After all, Chrysler Jeep is owned by Fiat, Mercedes Benz for a while owned Chrysler, so if you own an older Chrysler it could very well have some Mercedes Benz technology in it.  Ford owns Mazda and used to own Land Rover and Jaguar that are now owned by Tata Motors out of India.  Some of the Land Rovers were a disaster for repairs, while Ford owned them.  Nissan is owned by Renault and we’ve seen a number of changes in those vehicles over the years compared to when they were strictly Japanese and the old Datsun brand.

We’ve all seen the issue of recalls with airbags over the past year with a number of manufacturers.  Vehicles are costing more money, but are people really getting more bang for their buck?  I think it depends on the vehicle, even the vehicle within the same manufacturer. Which is why it’s important to do some homework before you purchase an expensive vehicle and know what you’re really getting.

It’s one of the reasons why many people contact me about getting older cool cars, like that BMW and customizing them with navigation, upgrading the interiors and modernizing them with newer technology.  They can often do this for far less than what they are going to pay for a new vehicle that at times feels more like they should have a “made in China” sticker on them.