I still have to get photos up of a really cool 1981 Delorean DMC-12 that I recently sold for a client of mine, so stay tuned for that post coming soon. The Jeep and the Jaguar that I consigned are both gone, but check out this very cool 1967 Camaro that a client of mine restored.

I’m posting the before and after photos for you to see how far this vehicle has come from where it was to what it looks like now.  And although it’s not an original SS, it’s a pretty cool SS clone and these vehicles are getting more and more difficult to find as time marches on since they only made so many in 1967, which was the first year for this classic car.  How many are left that are in good running condition or available for restoration? 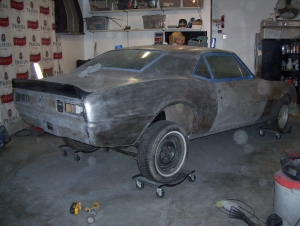 I asked my client to send me details on the story of this 67′ Camaro and he wrote a great story, but before I share with you what he had to say, here’s some information on the 1967 Camaro from Wikipedia.com that I think you’ll find interesting.

“The debut Camaro shared some mechanicals with the 1968 Chevy II Nova. Almost 80 factory and 40 dealer options, including three main packages, were available. The RS was an appearance package that included hidden headlights, revised taillights, RS badging, and exterior rocker trim. It was available on all models. 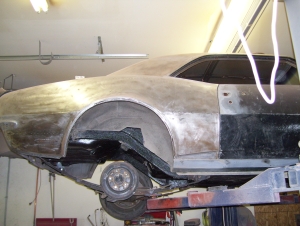 non-functional air inlets on the hood, special striping and SS badging on the grille, front fenders, gas cap, and horn button. It was possible to order both the SS and RS to receive a Camaro RS/SS. In 1967, a Camaro RS/SS convertible with a 396 engine paced the Indianapolis 500.

The Z/28 option code was introduced in December 1966 for the 1967 model year. It was the brainchild of Vince Piggins, who conceived offering “virtually race-ready” Camaros for sale from any Chevrolet dealer.[1] This option package was not mentioned in any sales literature, so it was unknown to most buyers. 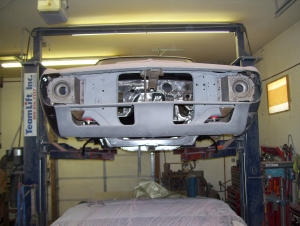 Now for the unique story on this 1967 Camaro SS Clone…

Here’s the story on my 1967 Camaro and if it wasn’t for the economy and my business needing some additional funds right now I wouldn’t be selling this vehicle. About 16 years ago someone decided to restore this car they completely took it apart down to nothing. They then realized that it was just too big of a project for their skills to put it back together, so there it sat in a garage for another 14 years!

Along came another 67′ Camaro lover, who fell in love with this vehicle and brought it to Colorado. This gentleman also realized it was beyond his skill level to do on his own, so he sold it to a restoration shop. He didn’t want to sell it, but he needed room, but he had the silver powder coated sub frame and new bushings on the vehicle and made it a roller.

This is were I came in and I performed a body off complete restore. It originally had a 6 cylinder engine, but now it has a new 350 and turbo 350 tranny. Since the Camaro sat in the garage instead of driving there was no rust and the body was in great shape. It even comes with the original security key and the original Camaro manual. We’re talking about a vehicle that is 43 years old and it now looks great!

Here are the bullet points…

There you go Cool Car Fans, another Cool Car Consignment looking for a new home.  This is a pretty cool car for under $25,000 for that unique buyer who is looking for a redone 1967 Chevy Camaro that is a classic muscle car and there are fewer of them that are not rust buckets or have been restored every year.  If you’re interested drop me an email or give me a call for a private showing.