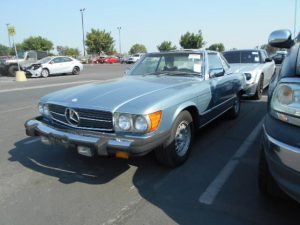 The other day I was cruising through Amazon television and I spot this movie American Gigolo with Richard Gere that came out back in 1980.  I remember this film because I was about 13 years old when it came out and living in Florida at the time.  Everyone was talking about this movie and what a big deal it was at the time, but I was just a kid, so what did I know.  I remembered though that the song Call Me, by the singer Blondie, came out and it was featured in the film.

I decided to watch the movie for free on Amazon and I didn’t make it very far into the film because it was really boring, but the opening scene featuring a 1980 Mercedes Benz 450 SL being driven by Richard Gere was really cool.  I’m including it in a Youtube video that I found in the post below and you can check it out for yourself and see what I mean.  You can even rent the movie on Youtube now, which you certainly couldn’t do in 1980.  If an ad pops up in the video be sure and close the ad.

The 350SL and 450SL though from 1972 to 1980 had a unique look and body style with a 4.5l V8 engine under that hood that by 1980 with all the emissions regulations produced 160hp.  It was under powered for such a big motor and heavy car compared to one today.  It had such a cool iconic look that it was featured in this 1980 movie with Richard Gere being the American Gigolo.  I wonder if he owns one of these vehicles today? 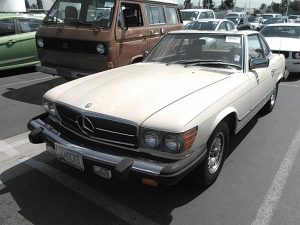 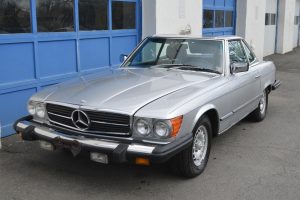 As The Cool Car Guy, I find cars like this for people who are into cars all the time.  What’s really cool about this vehicle is that you can have me find you a 1980 Mercedes-Benz 450SL, depending on your budget, in a variety of conditions.  If you only have $10,000 to $20,000 to invest in a cool classic car consider having me track down one of these for you.   It might take some time to find the right car, but it’s worth it when you can get a vehicle that you know isn’t going to be losing money the minute you drive it off the lot.

I have written other articles talking about the benefits of going after vehicles that everyone else isn’t trying to buy.  They are harder to find sometimes.  How cool is it that a 1980 Mercedes Benz 450SL that sold new for around $35,000 is still worth more than a 2011 Toyota RAV4 that millions of people are trying to buy?

Which is one of the many reasons why I like really cool cars! 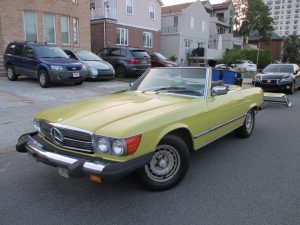