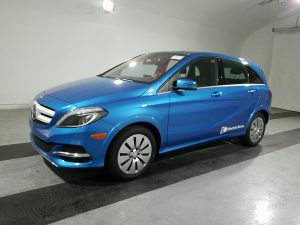 It started with Tesla getting millions of people fired up about electric vehicles over the last decade and now Volvo is planning to go all electric in the future with their cars.  Mercedes Benz has announced that they are going to be spending a $1 billion investment into their manufacturing hub in Alabama…

“The investment will go both to an expansion of the German luxury brand’s existing plant near Tuscaloosa and to build a new 1 million-square-foot battery factory.

While electric vehicle sales have been tepid overall, Mercedes has watched as Tesla jumped out has become a formidable player in the super-premium segment with its electric Model S sedan and Model X crossover. Now Tesla is threatening the lower, entry-level part of the luxury market with its lower-priced Model 3 sedan.

The company is pursuing an “anything Tesla can do, we can do better” strategy,” – USAToday reported.

This is for the production of its all-electric EQ SUV.  Which is going to be the first all-electric SUV from Mercedes Benz and it’s going to be a big deal as more car companies are getting into the electric automobile market.

ARE ELECTRIC VEHICLES REALLY THE FUTURE

The consumer is driving the move toward electric vehicles with the success of Tesla in the marketplace and as people want a choice beyond the combustible engine.  What most people fail to realize is that the electric vehicle is the ultimate in planned obsolescence.  Car companies were accused of this tactic for years back in the 1970’s and 1980’s when vehicles would have parts that would break or wear out and have to be replaced. 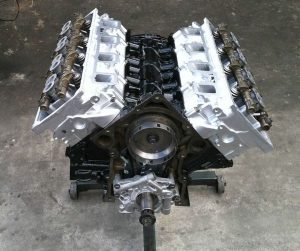 A petroleum based engine is designed to run on gasoline or diesel fuel and it can be rebuilt.  When batteries wear out they are finished and have to be replaced and it can be extremely expensive.  Some people argue that this is no different than rebuilding an engine that can also be expensive.

THE COMPUTER AND CELL PHONE LESSONS

The problem is that the batteries that work today probably won’t drive the vehicles of tomorrow.  Car manufacturers are in the business of selling new vehicles and not updating used vehicles to the newest technology.  Nowhere is this more true than in the cell phone and computer market.  Is Apple offering an “upgrade” path for your original iPhone?  What about your 386SX computer from the 1980’s?  They are dead.  If you want to upgrade an old cell phone with the latest technology you have to buy a new cell phone.  It’s not any different with the future of the electric vehicle.  The cost to replace batteries are not going to be less, but they are going to be more. 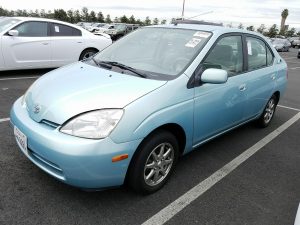 You can see this with the Toyota Prius, but the difference is that your Prius can also run on gasoline, so it just becomes a heavy Corolla if you don’t replace the batteries.  This is a photo of a 2001 Toyota Prius with about 266,000 miles on it.  The cost for a replacement battery after 16 years is more than you would pay for the entire vehicle.  If you do some research you can pick up a used battery pack for about $1,600.  Proving the reality that EV batteries are not a sustainable long term technology nor will they be supported at a reasonable price. 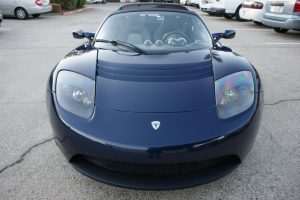 The challenge for electric vehicles is not the new car market for consumers, but it’s actually the used car market.  Most people are afraid of buying electric vehicles that are five years old and having to replace the batteries in the future.  The lifespan of batteries in electric vehicles today is about ten years, like in a Toyota Prius.  It’s pretty difficult to convince someone to pay top dollar for a used electric vehicle when they are concerned about the battery life and the cost to replace the batteries.  In 2015, Autoblog.com had an article titled “Tesla Roadster battery pack replacement will cost $29,000”.  That’s crazy expensive for another 10 years of battery life in an older vehicle.  You don’t hear too much talk about this though from the media and Wall Street darling do you?

Which brings me back to the fact that Mercedes Benz is  making a billion dollar investment into electric vehicles.  Why wouldn’t they?  The consumer is failing to realize that they are helping to sell the car manufacturers on turning their vehicles into a very expensive appliance, like their cell phones and computers. 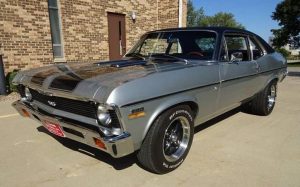 In the meantime, for all of those petroleum haters out there, this is a 1970 Nova SS Tribute that I spotted on the Manheim Dealer Auction for around $25,000 plus shipping and dealer profit.  You could get this super cool vehicle that is still worth almost as much as those expensive Tesla batteries after 47 years of driving.  And for only about $10.00 in gasoline drive it down the road without having to update anything.  Best of all, this vehicle should be worth about the same or more in another 47 years where that electric vehicle is destined for the crusher.  Which is why classic petroleum based vehicles are the ultimate in recycling!