In February I had an Audi Fan, we will call him Mark, call me about a 2009 Audi A6 Prestige that I had for sale that another Audi client of mine had traded for a newer Audi A6 Prestige.  It was a pretty sweet ride with about 82,600 miles on it at the time and it was priced to sell at $15,300. I don’t know if you have checked the prices on a new Audi A6 Quattro Prestige, but if you visit Edmunds.com they start at $62,500.  I bring this up because I want to make a point about buying used luxury vehicles like Audi’s, BMW’s, Mercedes-Benz and even Acura’s.

About the same time that Mark was coming down to pickup this sweet Audi A6, I had another client who was looking for a Ford Ranger Pickup.  I went out to the Denver Auto Auction to bid on a 2010 Ford Ranger XLT Extended Cab with four-wheel drive and about 65,000 miles and I stopped bidding at $15,700!  Now stop and think 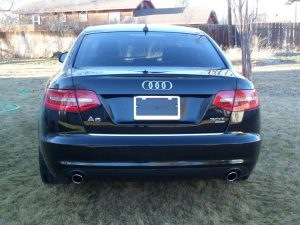 about that for just a minute.  That little “bean can” of a pickup truck sold for more through the dealer auction wholesale than what I was retailing an Audi A6 for online.  How incredibly stupid is that?  One vehicle sold new for about $21,000 with a 6 cylinder motor and the other sold new for over $55,000 in a Prestige with a supercharged 3.0-liter V6 and 300hp, along with amazing luxury and amenities.  Autoblog had a great review of this vehicle back in 2009, but think about picking up a vehicle that in 2016 is starting at $62,500 for around $16,000.

Now I get this question all the time from people, “Aren’t Audi’s and other luxury vehicles expensive to repair?”.  Compared to what?  I just had a 2007 Dodge Ram Diesel truck that I was going to have to put brakes on after the right caliper seized up and the cost for front brakes was ridiculous.  Let alone putting on new upper and lower ball joints, a water pump and serpentine belt and other repairs.  I spend a ton of money fixing vehicles each year and I can tell you from experience that they are all expensive to repair, especially if you don’t have people you can go to that can save you money on repairs.  Have you 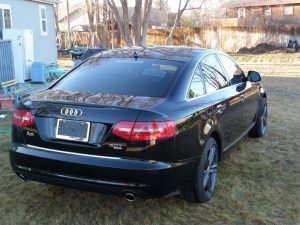 done head gaskets on a Subaru lately with the 2.5 motor?  If you haven’t and you own one, you probably will at some point and it’s not cheap.

The quality of the components are better on high-line vehicles, like this Audi and they last longer, plus if you get in an accident you’re not being protected by a body that is a step above tin foil (I’m joking, so don’t send me hate mail) in some of these “fuel efficient” vehicles today.  I’ve seen so many vehicles go through hail storms in Colorado and it looks like they have been chipping golf balls at the car.  That can happen to any vehicle, but I’ve seen a Mercedes go through the same hail storm as a Toyota and one has no dents and the other has thousands of dollars in required repairs.  Why do you think that is?  Because one is using more expensive and better materials plain 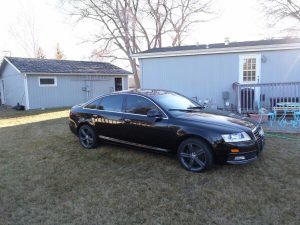 Mark is a serious Audi enthusiast though, who has owned numerous Audi’s and he has had great success with the brand.  Which is another thing that many non-automobile enthusiasts and “price only” shoppers lose out on big time.  I’ve saved so much money over the years by knowing the “car geeks” of particular brands.  The guys who can tell you that on a 2011 BMW 335xi you might have to replace the oil filter housing or a water pump.  That information is great to know going in and if you know guys who can do it for less you will save money.  Mark was thrilled to get this Audi A6 after a few other people had come to look at it and quite frankly were “clueless” about what they were buying.

I would say that you get what you pay for, but today that is not always the case because vehicles are really expensive.  Which is why I encourage 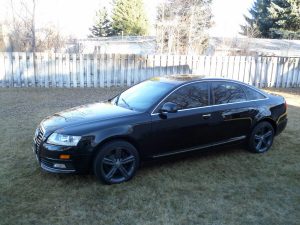 more people to look at the luxury brands all the time because on the used market there isn’t as much demand as there is supply and you can be driving a pretty nice ride for about the price of something that sold new for half the price.  And like I said, you can get plugged into a club or find guys like Mark who can save you time and money when it comes to repairs because they know these vehicles.

He sent me a few photos of his new ride that I’m posting here , so he sent me some photos and an email that stated the following…

Not the greatest backdrop however I wanted to get you some. I spent the weekend washing 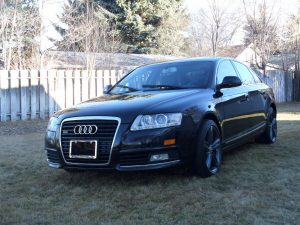 clay barring then waxing her. Christine doesn’t care for the gray wheels so I’m looking into repowdercoating the bright silver. We needed spacers to run the rims and I had a set of  25 mm. ones, but they made our studs a little short so we ordered 15 mm.  These were shot with the 25’S on the front and nothing on the back. By weeks end it should be all set up. I will forward more in a prettier setting.

That’s why I love what I do!